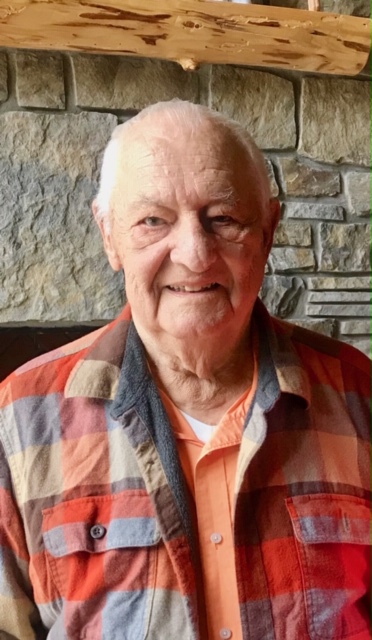 Francis J. “Fritz” Hertaus, age 82, of New Prague, died peacefully, surrounded by his family on Thursday, August 1, 2019 at St. Mary’s Hospital in Rochester.  Fritz was born on February 7, 1937 in Wheatland Township, Rice Co., Minnesota to William F. and Elizabeth A. (Marek) Hertaus. He graduated from St. Wenceslaus Catholic School and New Prague High School and attended two years agricultural school at South Central Technical College later, after marriage. Fritz entered the US Navy shortly after high school and served for two years.  He married the love of his life, Lillian J. “Bella” Mracek on April 18, 1959 at Immaculate Conception Church in Lonsdale.  He farmed all his life and worked for Sheldahl and Continental Machines before he and Bella purchased a franchise for Wausau Homes, which they operated for 35 years.  Fritz and Bella loved dancing and could be found on a dance floor up to three times a week.  They also enjoyed their winter home in Texas for many years where they often danced daily and met many life-long friends.  He was an avid member of the Polka Lovers Klub of America and was the chairman of its music fest for 20 years.  He belonged to the American Legion and was a life-long member of St. Wenceslaus Church, serving on the Parish Council and Finance Board for many years. He loved playing cards with family and friends.  His most cherished memories were the times spent with his family where many fun times were spent fishing, laughing and family weekends at the Pumper Palace on the Whitefish Chain.

Mass of Christian Burial will be held Wednesday, August 7, 2019 at 9:30 AM at St. Wenceslaus Catholic Church in New Prague with Father Eugene Theisen officiating.  Visitation will take place Tuesday from4-8 PM and Wednesday morning from 7:30 – 8:45 at Bruzek Funeral Home.  Burial will take place at Ft. Snelling National Cemetery where military honors will be conducted.  The New Prague Veterans Honor Guard will be present at Mass.   Lunch will occur after Mass at the KC Hall.

Bella and family, I am so sorry to hear of Fritz’s death. My heart hurts for you all. Although I haven’t seen you guys in years, I can still see the two of you together dancing the polka! He was a wonderful man, husband, father, grandfather and friend. Prayers and love, Nancy

So very sorry for your loss, Fritz was a good man, he will be missed.

Bella and family,
Our thoughts and prayers are with you. Our sympathy.

I am so sorry for your loss. It’s so hard to lose a parent. I pray that all your wonderful memories will bring you comfort during this difficult time. I’m sorry I didn’t chat with you more when I saw you today! I had no idea what had happened until I talked with the nail technician. To be honest, I wasn’t sure it was you. It’s been so long! Take care and may God continue to hold you and your family in the palm of His hand.

SO SORRY TO HEAR THE SAD NEWS OF AN OLD NAVY AND CLASSMATE BUDDY.

Geri & family, my sympathies to you all. Thinking of you.

Bella and family, my sympathy to you all, he had a good life and now is in a better place. Take care, Debbie Adams

Nancy, Jon & Eli,
My sympathies to you and your family. Praying for peace and comfort in the upcoming days.

Bella and Family, wishing we could be with you at this time, Our Thoughts and Prayers go out to All of you. Lots of Memories we have with our families never forgotten , He’ll be Missed a lot . Go and Play Cards with the rest in Heaven and Watch over Bella and Your Family From Above…Rest In Peace Uncle Fritz…..

Bella and family, our hearts go out to all of you. We will miss Fritz dearly. He was such a good brother and brother-in-law. We cherish the memories that we developed over the years. RIP Fritz! Until we meet again in that glorious place called “Heaven”.
Roman and Jan